ROVING ROGER: A Traveling Exhibit sponsored by the RI Department of State 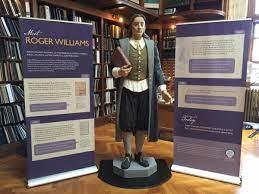 Come see the 7 foot tall statue of Rhode Island’s Colonial founder Roger Williams!  The statue and accompanying exhibit, sponsored by RI Secretary of State Nellie Gorbea, have been traveling across Rhode Island since 2018 and will be on display at two Providence Community Library locations this summer.  Come see the statue and be inspired by Roger Williams’ leadership promoting religious freedom for all.  Think about your own “big idea” for making the world a better place, and take a selfie with Roger!  Don’t forget to tag it at #RovingRoger

Votes for Women Banners on Exhibit 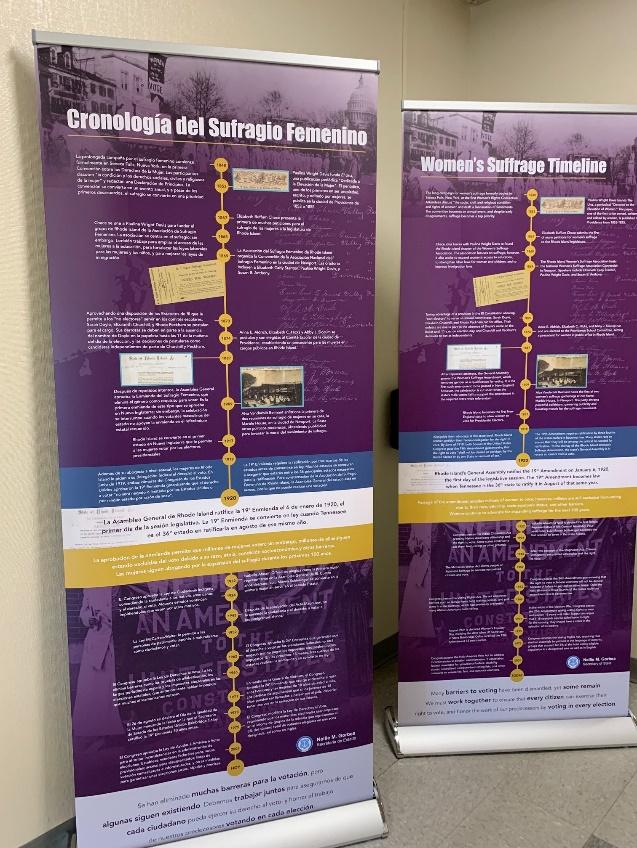 To commemorate the centennial of the 19th Amendment, the RI Department of State created a traveling exhibit featuring the first women elected to Rhode Island’s General Assembly.  The exhibit also includes a suffrage timeline, charting the passage of the amendment protecting the right women to vote, and the many suffrage victories that followed.

The exhibit will be on view at 2 Providence Community Library locations:

Thanks to our Sponsors!

Please Continue to Wear Your Mask in the Library!

Computers are available in all our libraries. Check these updated details. And in addition to printing from our PCs, mobile printing is available to send a print job from home or from your mobile device in our libraries.

Questions? We are here to help!

If you have a question about library cards, a question for a librarian, a problem accessing our digital content, just ask!

Keep up to date with our enews!